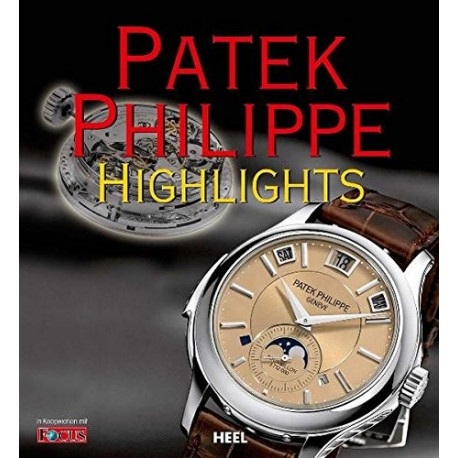 On May 1st, 1839 two Polish immigrants, Antoine Norbert de Patek (Salesman) and Francois Czapek (Watchmaker) joined forces to found 'Patek, Czapek & Cie'. Today Patek Philippe S.A remains a family owned firm, with 3rd and 4th generation at its head: Mr. Philippe Stern, President and Mr. Thierry Stern, his son, Vice-President. The Swiss manufacturer stands for innovation and perfection and today has more than 70 patents at its disposal including the famous annual calendar. It is the only manufacturer that crafts all of its mechanical movements according to the strict specifications of the Geneva Seal. This book includes a compilation of the best Patek Philippe watch models that were developed and sold over the last few years. It contains primarily men's watches, for example the famous Calibre 89 which was created in celebration of the 150th anniversary in 1989. It took nine years to design the watch which is classified as the most complicated in the world. Among these are also several women's watches and pocket watches. All in all this new, beautifully illustrated 'Highlights' title provides all-important facts on the clockwork, the functions, the cases and retail prices.

Be the first to write your review!