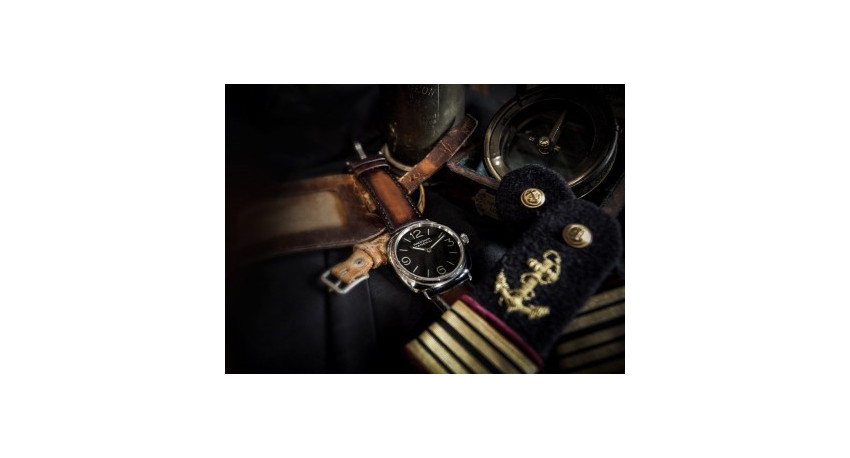 Today we are going to take a little step back in history to present strap combinations around another legendary brand: Officine Panerai. As we have not been able to decide on just the one to present to you we decided, as just one is not customary, to make it a double presentation!
The history of Panerai begins in 1850 on the Ponte alle Grazie in Florence with the opening of the watchmaking workshop of Giovanni Panerai. I will quickly skip over the first few years of Panerai to arrive at 1914 when Guido, grandson of Giovanni, began working for the Marina Militare (Italian Navy). Together with Naval officer Carlo Ronconi, Guido Panerai will develop revolutionary navigation instruments readable in poor visibility thanks to radium, a radioactive phosphor (the patent for "Radiomir" will be filed in 1916). With this new technology Panerai will write its acclaim in the manufacture of goggles, compasses, altimeters, tachometers, etc.
Guido will have two children including a son: Giuseppe. The father and son will work tirelessly to push the limits of their expertise. The 30s are in full swing and Europe is re-arming. After their first experience with the Mare Nostrum chronograph prototype (1920), Panerai takes up the challenge from the Marina Militare: to create a watch for their formidable combat swimmers: the Xe Flottiglia MAS (Memento Audere Semper: "remember to always dare ").
The Italian Navy was the most innovative navy in the field of combat swimmers/divers. France and the United States had done some "experimenting" with underwater sabotage at the time of the American War of Independence, but it is the Marina Militare who really invented the modern combat diver by endowing them with equipment allowing them to operate in a semi-autonomous way initially, then becoming fully autonomous. Germany also formed a unit of divers of the infamous Sonderkommando: the Kampfschwimmer.
At the end of the war the British, already greatly experienced in the creation of special forces commando units (the famous Royal Marines "green berets" included a unit of 77 French men, led by Commander Kieffer, and were the only French unit of the Royal Marine Commandos to land in Normandy) decided to learn from the expertise of the Italian swimmers and the SBS (Special Boat Service) was born. France did not lag behind and in 1947 the "Commando Hubert" special forces unit is created later to become (in 1953) the "CASM Hubert" (Commando Action Sous-Marine). *
In 1936 the first Panerai prototypes are presented. A cushion-shaped case, 47mm, welded wire strap loops, a sandwich dial enclosing the famous Radiomir and above all a proven waterproofness. The Radiomir 3646 goes into production two years later.
The PAM 232 that we present to you is a perfect tribute to these legendary watches. We present it here with a KronoKeeper Antique Brown strap, and a Gunny Strap "74 Series". One is showing the dressy and elegant face of the Radiomir while the other brings out the historical military side of the brand.
In 1949 things are accelerating. The patent for Luminor (tritium), a new phosphorescent material that's much less radioactive and more stable than Radiomir (radium), is filed by the Florentine brand. In 1950 the prototype of a new case, incorporating the various evolutions of the Radiomir, is equipped with an "ear" integrating a lever to lock the crown against its tube for a perfect seal. The Luminor case is born. However, it will be necessary to wait until 1956 and the famous Egiziano ("Egyptian") so that the patent for this revolutionary crown protector and locking device is put into use.
The PAM 422 that we present to you takes all the historical DNA of the first Luminor: the sandwich dial, the curved glass, the gold hands (there were two methods to stop the oxidation of steel: either heat blued steel or plated with gold) and the famous crown protector.
More "muscular" with his ear case the Luminor can give way to your imagination. You will be able to stay true to the origins with thick raw leather, casual with a raw canvas strap, tactical with camouflage rubber or by giving it a fun twist with this beautiful WarHawk strap.
Here is our selection :